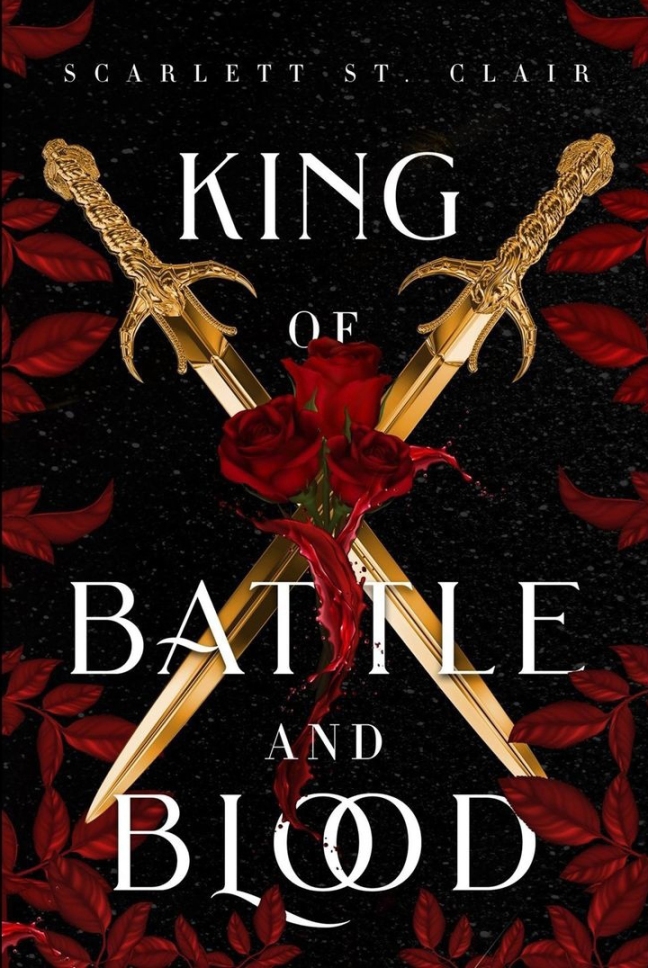 Their Union Is His Revenge.

Isolde de Lara considers her wedding day her death day. To end a years-long war, she is to marry vampire king, Adrian Aleksandr Vasiliev, and kill him. ⠀

But her assassination attempt is thwarted and Adrian threatens that if Isolde tries kill him again, he will raise her as the undead. Faced with the possibility of becoming the thing she hates most, Isolde seeks other ways to defy him and survive the brutal vampire court. ⠀

Except it isn’t the court she fears most—it’s Adrain. Despite their undeniable chemistry, she wonders why the king——fierce, savage, merciless—chose her as consort. ⠀

The answer will shatter her world.

King of Battle and Blood is seeped with sexual tension, gore, and blood. The vampires in this world are inherently sexual and filled with bloodlust, so it’s no surprised that the main characters, Isolde and Adrian, have fire hot chemistry. From the first moment they appear on page together, their chemistry is explosive with a hint of mystery. I did however puzzle out the mystery quite early, but that’s not a weakness. It’s hard to praise St. Clair’s writing of their chemistry and connection without spoiling anything, so just know she delivers.

The reason I rated the novel 4.5 stars instead of 5 is because of the dialogue. St. Clair doesn’t use contractions, which makes the dialogue read a stilted rather than smooth. This conscious choice to not use contractions always annoys me because people do not usually speak like that unless they are making a point.

Overall, King of Battle and Blood beautifully balances the heavy fantasy and romance elements while blending them in a way that feels true the world St. Clair is building. It also features incredible sexual tension and bloodlust filled vampires which are sure to have readers reaching for a cold glasses of water.

Have you read King of Battle and Blood? What did you think?