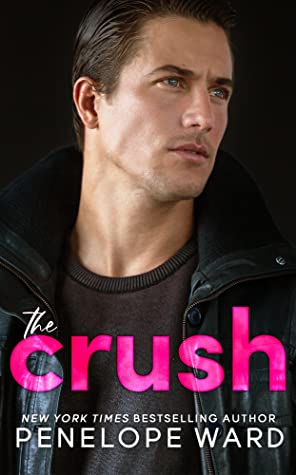 It’s natural to want the one you can’t have. And for as long as I could remember, I’d secretly wanted my brother’s best friend, Jace.

He was six years older and always treated me like the sister he never had.

We were all in our twenties now. Jace had moved in with my brother, Nathan, and me to help us make ends meet after our parents died.

It was just the three of us—an odd family dynamic.

Living under our roof, Jace was as bossy and protective as ever.

But he certainly didn’t look at me like a sister anymore. That was what made things so complicated.

I was pretty much hot and bothered twenty-four-seven.

And he was torn.

The signs were subtle, at first. Like on movie night, I’d casually rest my leg against his, and he wouldn’t exactly shift away.

Still, I assumed he would never…go there.

Nathan would kill us.

The knowledge of that wasn’t enough to stop the inevitable, though.

But more than the physical attraction, we’d developed a strong connection.

We just couldn’t get caught, right?

The Crush has all the makings of a great romance novel for me: friends-to-lovers, forbidden romance, and brother’s best friend. Unfortunately, The Crush is a boring and corny romance novel. I don’t think I’ll be reading anymore of Ward’s solo novels since I’ve read a handful of them now and I seem to have the same issues with all of them.

What really turned me off of The Crush was its dialogue. It’s cheesy, corny, and over the top. The main characters are spewing their deepest emotions for each other every other page. It’s uncomfortably awkward and not at all romantic.

There is almost no chemistry or sexual tension between Farrah and Jace. In the lead up to their inevitable coupling, there was no angst or sexual tension and it took half of the novel before something happened. So, their ultimate coupling wasn’t something I was dying to read. Though, I will give Ward credit for her sex scenes. They were well written and easily the only good part of the novel.

One of the reasons I rated the novel so poorly was how condescending and misogynistic both Jace and Farrah’s brother were to her. There is a five year age (if I’m not mistaken) difference between them, but they both treated her like she was fourteen years old instead of twenty-one. There’s a particular moment I rolled my eyes so hard I thought there were going to fall out of their sockets. They both scold her for answering the door when she was home alone. I would have rolled my eyes and moved on, but this was a sticking point for them for the first half of the novel.

Overall, The Crush was a disappointment. It has all the makings of an emotional romance, but ultimately left me unsatisfied with its corny dialogue and condescending male love interest. Farrah deserved so much more than Jace and her brother.

Have you read The Crush? What did you think?