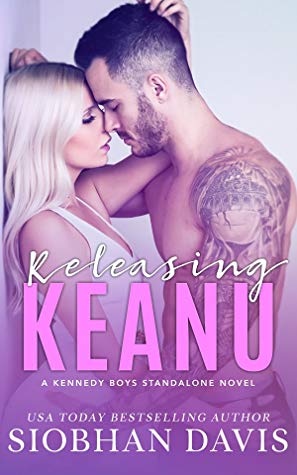 Keanu
Selena played me.
Confirming I wasted years loving someone who didn’t love me back.
It should be easy to move on, but since she dumped me, I can’t shake her from my thoughts, no matter how hard I try.
Dates and random hookups don’t help, because no one measures up to the girl I still love with my whole heart.
When she appears at my door, begging me for help, I can’t turn her away. My protective instincts kick in, and I grasp this second chance with both hands.
This time, I’m determined to open her eyes.
To help her realize she made a mistake throwing what we had away.
To prove our love is the real deal.

Selena
Keanu has it all wrong.
I let him go because I love him too much to continue holding him back.
And I’ve paid for it every day since.
I didn’t think it was possible to miss someone this much, but my entire being aches for him in a way that isn’t healthy.
It’s why I continue to keep my distance even though it’s killing me inside.
No one understands me the way he does, so, when my ugly past returns, threatening to undo years of progress, he’s the first person I run to.
If anyone can keep me safe, it’s the love of my life.
Maybe, this time, I’m strong enough to be the woman he deserves.
If my past doesn’t take me from him first.

Releasing Keanu is the eighth book in The Kennedy Boys series. I have not read all the books, so I can vouch for Releasing Keanu as being a standalone novel.

Releasing Keanu follows Selena and Keanu’s reunion after a devastating breakup two years prior. This second chance romance will make you swoon while also breaking your heart. Trigger warnings for child sexual abuse, rape, depression, anxiety, and just about everything else.

Selena is an incredibly strong and powerful character. She’s experienced trauma most people cannot even conceive of, yet she’s headstrong and independent. Releasing Keanu is aptly named as this novel is Selena’s healing story. All of her actions are in service of bettering her mental health and life. If you’re looking for a romance, look elsewhere as Releasing Keanu gives readers a story about trauma and healing with a bonus romance.

Keanu is as gentle and understanding as they come. He’s learned how best to help Selena while putting aside is own needs and desires. Davis strikes a perfect balance between kind and aggressive.

What I enjoyed most about the plot was Davis’ choice not to focus on an action-packed climax. Instead, the story concludes softly reinforcing the focus of the story on Selena and her healing.

Overall, Releasing Keanu is a beautiful story about healing from unimaginable trauma and finding inner strength to open yourself up to the world again.

*** I received an ARC fromthe author for an honest review.

Have you read Releasing Keanu? What did you think?