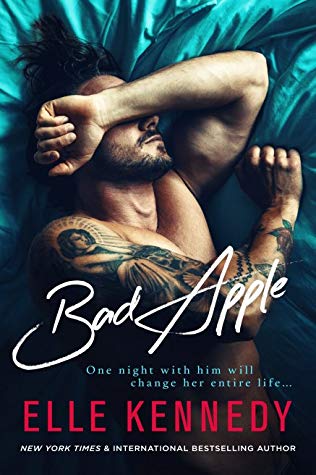 One night with him will change her life…

Between her waitressing job, volunteer work, and college classes, there are never enough hours in Maggie Reilly’s day. Especially not for a relationship. Luckily, she’s got the perfect arrangement: a lover she meets three or four times a year. But when she shows up at the hotel expecting to hop into bed with one man, she accidentally ends up with another—Ben Barrett, Hollywood’s most notorious bad boy.

Ben, determined to lay low after another scandal, just wants some much-needed sleep. What he gets is a scorching make-out session with a gorgeous, naked redhead. He won’t accept her apology, but what he will accept is a place to hide out…and if there’s some hot, no-strings sex involved, why the heck not?

But Ben soon discovers that one week with his sassy, bed-hopping waitress is definitely not enough. He wants more. A lot more.

Now he needs to convince relationship-averse Maggie that a bad boy might be oh so good for her—and the best thing that’s ever happened to both of them.

Bad Apple is a fun, sexy romance between a movie star and a waitress with a destiny she’s been working toward her whole life. Full of witty banter and hot chemistry, Bad Apple is the perfect read for sitting on the beach soaking up the sun’s rays.

Ben and Maggie’s chemistry is red hot from the moment they meet. They sizzle together on the page and make readers yearn for them to be back together when they’re not.

Maggie is driven and focused with little time for a social life, let alone a romantic one. While Ben is laidback and carefree. His career has afforded him the ability to view life as an adventure rather than something to be conquered. This difference in personality leads to some fun and serious clashes.

Overall, Bad Apple is the perfect beach read. It’s steamy and fun with the perfect amount of drama to make you swoon.

***I received an ARC from the author in exchange for an honest review.

Have you read Bad Apple? What did you think?