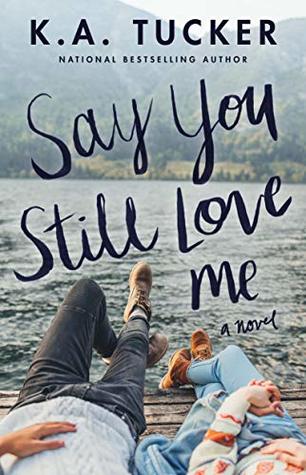 Life is a mixed bag for Piper Calloway.

On the one hand, she’s a twenty-nine-year-old VP at her dad’s multibillion-dollar real estate development firm, and living the high single life with her two best friends in a swanky downtown penthouse. On the other hand, she’s considered a pair of sexy legs in a male-dominated world and constantly has to prove her worth. Plus, she’s stuck seeing her narcissistic ex-fiancé—a fellow VP—on the other side of her glass office wall every day.

Things get exponentially more complicated for Piper when she runs into Kyle Miller—the handsome new security guard at Calloway Group Industries, and coincidentally the first love of her life.

The guy she hasn’t seen or heard from since they were summer camp counsellors together. The guy from the wrong side of the tracks. The guy who apparently doesn’t even remember her name.

Piper may be a high-powered businesswoman now, but she soon realizes that her schoolgirl crush is not only alive but stronger than ever, and crippling her concentration. What’s more, despite Kyle’s distant attitude, she’s convinced their reunion isn’t at all coincidental, and that his feelings for her still run deep. And she’s determined to make him admit to them, no matter the consequences.

Say You Still Love Me is a cute second chance romance told from the past and present. Readers follows Piper Calloway as she’s forced to attend a summer camp as a counsellor while her friends are off enjoying Europe. When Piper arrives, she realizes the summer might not be so bad after all once she’s introduced to Kyle Miller.

What I loved most about Say You Still Love Me were the chapters set in the past. Those chapters are rife with palpable chemistry between the main characters and fun secondary characters all set within a setting that’s easy to visualize.

Tucker’s writing ability when it comes to setting and atmosphere is second to none in the romance genre. She proved her skills in The Simple Wild and, now, with Say You Still Love Me cements her mastery.

What ultimately led me to rate Say You Still Love Me four stars instead of five was the chapters that took place in the present. Those chapters don’t have as much presence since they’re trying to juggle Piper’s career with her personal life. As much as I enjoyed watching Piper in her element, it doesn’t hold a candle to Piper and Kyle at camp.

Overall, Say You Still Love Me is the perfect summer romance to curl up with at the cottage.

**I received an ARC from the publisher via Netgalley.

Have you read Say You Still Love Me? What did you think?