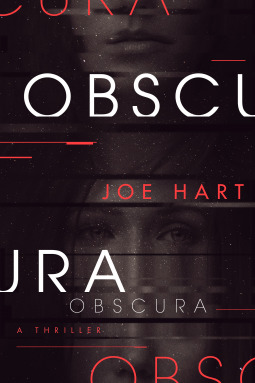 In the near future, an aggressive and terrifying new form of dementia is affecting victims of all ages. The cause is unknown, and the symptoms are disturbing. Dr. Gillian Ryan is on the cutting edge of research and desperately determined to find a cure. She’s already lost her husband to the disease, and now her young daughter is slowly succumbing as well. After losing her funding, she is given the unique opportunity to expand her research. She will travel with a NASA team to a space station where the crew has been stricken with symptoms of a similar inexplicable psychosis—memory loss, trances, and violent, uncontrollable impulses.

Crippled by a secret addiction and suffering from creeping paranoia, Gillian finds her journey becoming a nightmare as unexplainable and violent events plague the mission. With her grip weakening on reality, she starts to doubt her own innocence. And she’s beginning to question so much more—like the true nature of the mission, the motivations of the crew, and every deadly new secret space has to offer.

Merging thrilling science-fiction adventure with mind-bending psychological suspense, Wall Street Journal bestselling author Joe Hart explores both the vast mysteries of outer space and the even darker unknown that lies within ourselves.

Obscura is a story about a new form of dementia that does not discriminate age and the lengths people are willing to go to survive. Dr. Gillian Ryan is desperately searching for a cure for the illness that killed her husband and is threatening to take her daughter. She’s invited on a mission in space to work on that cure only to find out she’s been lied to about the mission and her purpose.

Obscura is a fantastic mix of science fiction and mystery. Hart is able to mix the two genres in organic ways that keeps the reader hooked. Not only is Obscura a thrilling science fiction mystery, it’s filtered through the lens of an addict desperately trying to fight through her urges. Gillian is an incredibly compelling main character; she’s driven by the loss of her husband, her love of her daughter, and the demands of her addiction. I was able to connect with her immediately as she’s thrown into space layered with politics and secrets.
Gillian is a layered main character thoroughly fleshed out, however the secondary and tertiary characters are not. Everyone she interacts with fulfill a purpose rather than being unique individuals.

The only issue I have with the novel, and the reason I rated it four stars instead of five, was the climax of the mystery was slightly convoluted and unclear. I’m not asking that Hart hold my hand and explain in excruciating detail what happened, however I am asking for more clarity. Despite the lack of clarity, I thoroughly enjoyed the conclusion of the story and the epilogue.

I would absolutely recommend this novel for fans of science fiction and mystery. It’s a quick read that will keep you glued to the pages and will also make you think. I will definitely be reading more of Hart’s work in the future.

***I received an ARC from the publisher via NetGalley in exchange for an honest review.

Have you read Obscura? Did you enjoy it? If not, are you planning on picking it up?