Haven’t read this series yet? Check out Jennifer L. Armentrout’s JLanders e-mail list to signup and receive a FREE copy of the first book in the series, The Return! 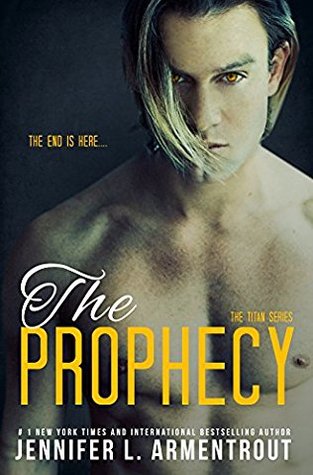 History is on repeat…

Seth never thought he’d have a future. But now he’s on the brink of having it all with Josie: A tomorrow. A family. A forever. And all that’s standing between him and that forever is the Titans. If he helps Josie entomb them — without killing them, a nearly impossible task for him — everything he could ever want will be in reach. But he soon realizes that as a god, every little choice he makes can reshape the world for the better… or worse. And in meddling with the Titans, Seth may have just set into motion catastrophic consequences that will force the Olympians to enter the mortal realm and reshape the delicate balance of power that keeps the world from total collapse.

A price must be paid…

Entombing the Titans is Josie’s top priority. After all, it was what she was born to do. But the plans her father put into play to help her are no longer an option, and the odds she and Seth face in forging their own path are grim. The escalating violence between halfs and pures only increases the danger closing in on them and their friends. Josie knows their chances of succeeding in their task are slim at best — and if they fail, they might lose everything. But she also knows she’s not fighting just for herself — she’s fighting for the man she loves, for their future, for the world. Together with the Army of Awesome, Josie and Seth will face the unthinkable. And to win this war, the ultimate sacrifice must be made.

For the end is here and the Prophecy will be fulfilled….

The Prophecy is the fourth and final book in the Titan spinoff series. After everything Seth and Josie have gone through, their conclusion was something I was hotly anticipating. The Prophecy delivers an epic ending, though it’s not the ending I was expecting.

Armentrout is one of the best writers when it comes to angst and chemistry between characters. Seth and Josie’s relationship sizzles and burns when they’re together making The Prophecy a hot read. What makes their time together so well written is how organic it feels. Though the romance between Seth and Josie is a large part of the story, it’s not the only plot. Despite this, Armentrout is able to integrate their more intimate moments harmoniously within the story without it feeling contrived.

Alex and Aiden may be my favourite Armentrout couple, so anytime spent with them is time well spent. However, I wasn’t expecting to feel so much emotion for Seth and Josie in this novel. The Prophecy is an incredibly emotional novel that had me on the verge of tears several times. Armentrout knows how to pack a punch and takes every opportunity to do so.

The only issue I had with The Prophecy was the conclusion. The ending was rushed and convenient. A character actually makes a comment about having nothing to do and sits down. I did however find this humorous since these characters have gone through so many battles and heartache that they deserve a break. Unfortunately, it reads as rushed and unfinished.

Overall, The Prophecy is a fulfilling ending despite the pacing. It’s a wonderful feeling to be back in this world with these characters and it saddens me to see them go. It’s been a wild ride filled with ups and downs that I’m thankful I got to experience.

**I received an eARC from the author in exchange for an honest review.

Have you read The Prophecy? What did you think?

One thought on “The Prophecy (Titan #4) – Jennifer L. Armentrout”