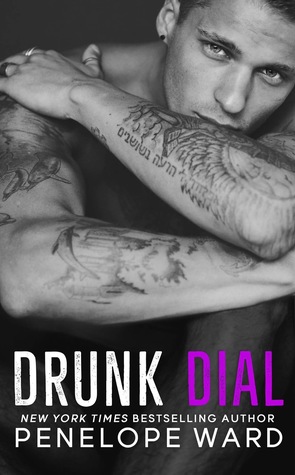 It seemed like a good idea at the time. Look up Landon Roderick, that boy from childhood whom I’d never been able to forget—even though he so easily forgot about me—and call him.

Then again, anything sounds like a good idea when you’ve had a little too much wine before bed, right? It was supposed to be just a quick, meaningless, prank call. Instead, I went off on him—unloading thirteen years of pent-up emotions.

I didn’t think he’d call me back.

I certainly could never have anticipated the weeks of sexually tense phone conversations that followed as I got to know the man he’d become.

Turned out, Landon had never really forgotten me, either. That special connection we had was still there. I opened up to him, but there were also things about me he didn’t know. And he had his own secrets.

Over the countless hours we talked on the phone, I wondered what would happen if we actually saw each other. One night, I did something impulsive again. Only this time, I went to the airport and booked a ticket to California. We were about to find out if one phone call could bring two lost souls together or if my drunk dial really was all just a big mistake.

I bought this book because I was hoping it would be everything I wanted from Four Letter Word by J. Daniels that I didn’t get. Drink Dial was definitely better than Four Letter Word, but it also suffers from the same overused tropes.

I’m a sucker for friends-to-lovers romances, but they usually disappoint me because the friendship is never established well. The reader is supposed to assume/imagine their friendship as the author dives head first into the romance. Drink Dial suffers from this lack of friendship establishment. Ward tried to remedy this issue by including notes Landon used to write to Rana, but never explained why he did it.

Rana is incredibly vulnerable and needy throughout the entire novel. She hasn’t gone or been to school and isn’t really working towards anything other than [insert spoiler here]. Landon is decently well off after creating his own business. It’s frustrating to read romance novel after romance novel where the woman is always in some sort of position where the love interest saves her financially and emotionally. The best example in this novel is when Landon decides he needs to see a therapist to deal with his issues. He tries half-heartedly to convince Rana to do the same, but settles for fixing her himself.

There’s a part of this novel I won’t get into too much detail about since it’s spoilery, but all I’ll say is that it’s a plot line often used in romances that I despise.

Overall, Drunk Dial has an interesting premise that opens the doors for some fun, creative dialogue and plot, but, unfortunately, relies on the same overused tropes.