2016 was a great reading year. I read a lot of amazing books that changed how I view the world and the people in it. Unfortunately, for every great book I read I read an equally disappointing book as well. Some of these books I DNF’ed and some I pushed through until the bitter end. I couldn’t narrow this list down to 10 because these are the books I wouldn’t recommend to my worst enemy.

Did any of these books make your disappointing books of 2016? Let me know in the comments!

The Name of the Star by Maureen Johnson

The Name of the Star has great writing and a well developed main character that is a pleasure but ultimately falls flat because of the direction the story takes.

The Husband’s Secret by Liane Moriarty

The Husband’s Secret was an incredible disappointment. The author managed to turn an intriguing premise into a boring story with two utterly useless perspectives.

After the perfection that was You, Hidden Bodies feels like a bland rip off that tries too hard to be as clever and engaging as its predecessor. The most telling comment I can give about this book is that it was not needed.

Dare Me by Megan Abott

Dare Me was a disappointing read that I wouldn’t recommend to anyone.

Roomhate was not the book I wanted it to be. If you’re looking for a fun lighthearted romance featuring best friends to lovers with a little animosity thrown in do NOT read this book, as you will be thoroughly disappointed.

The only aspect of this book that I thought was well done was its unique perspective and writing style. The reader gets to understand Drew as person quickly, however every other character is under developed as a consequence of this style.

We Know it was you by Maggie Thrash

Once she Dreamed by Abbi Glines

Once She Dreamed was an absolute disappointment. Sammy Jo is a naive girl who has no plans for her future other than moving away from her hometown and is perfectly content letting a man swoop in and fix all her problems.

The Pact by Karina Halle

The Pact was an absolute disappointment. The characters lacked chemistry, the story lacked substance, and the writing lacked the skills to realize a friends to lovers story. 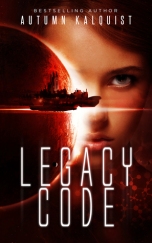 80 pages of and insufferable main character, a jackass love interest that has the most annoying accent to read, and cliche after cliche.

Sex. Repeat. Should have been the title of this novel. This novel is a missed opportunity filled with gratuitous sex scenes and glimpses of a good novel hidden beneath.

Legacy Code has a strong premise but falters in its lack of world building and character development. 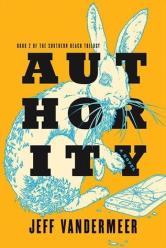 Authority is a huge disappointed after the majesty that was Annihilation. Authority features little intrigue, a useless plot, and a feeling of wasted time after finishing the novel.

I expected A LOT more from this book because of all the hype surrounding it. I did enjoy some aspects of the novel, but, for the most part, I didn’t enjoy it. The characters and story are interesting on the surface, but the deeper the story goes the more it becomes obvious that it’s lacking in depth.