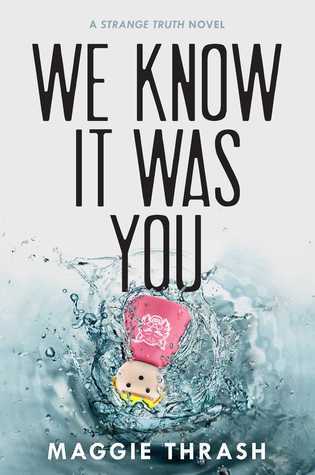 We Know it was You has rendered me speechless and not in a good way. This book is akin to watching a car accident. You know you shouldn’t look, but you can’t help but stare. Almost everything in this book is problematic. The plot, the characters, and the handling of certain situations were atrocious.

The main characters, Benny and Virginia, were one-dimensional. They lacked anything regarding a personality. Benny was a know-it-all jerk whose ability to be condescending at every moment was truly amazing. The only development his character sees by the end of the novel is convincing Virginia to be his friend.

Any high school stereotype that you can think of is in We Know it was You:

Sexist messages about how men need to protect “the ladies”? Check

The mystery is seemingly solved within the first 100 pages. For the next 100 pages I kept wondering why I was still reading since the mystery was already solved. It isn’t until the last act of the book that it’s revealed that there’s another layer to the mystery. I almost DNF’ed this book so many times, but, as I mentioned before, it’s like watching a car accident.

A lot of the quotes in this book are hilariously uncomfortable. There were many moments I had to put the book down and ponder what would make someone write the sentence I just read. Here are a few of my favourites:

**I will include them when I verify them with the finished book.

Also, the Comparison to Pretty Little Liars and Twin Peaks is so completely off base and, not to mention, an insult to those shows.

** I received this book in exchange for an honest review.